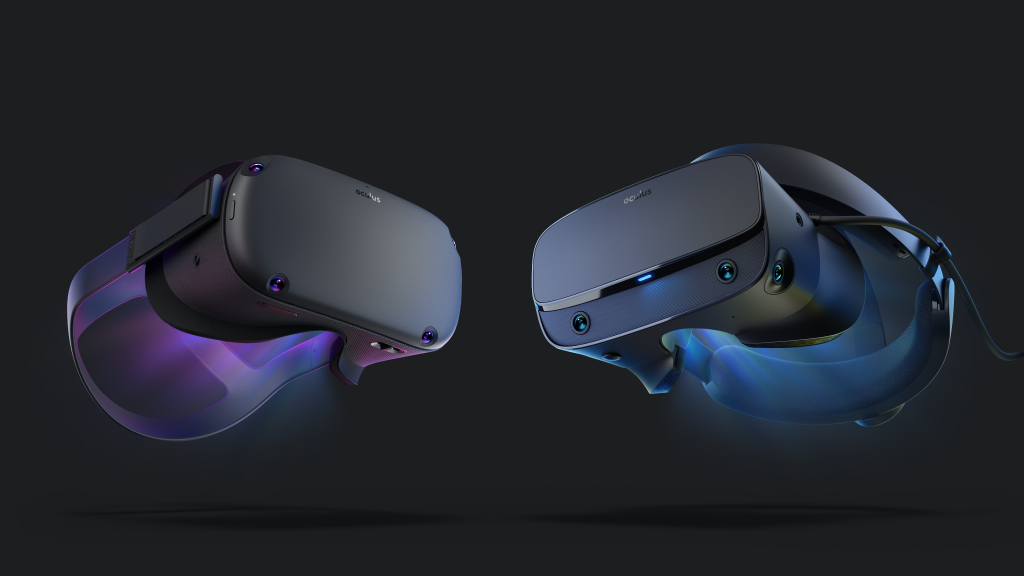 Is introducing the new VR Oculus Quest headset into your business really a winning move?

Starting from an article published on Insta VR we list three reasons to introduce the new VR Oculus Quest headset into your business, or try to understand if a business investment in virtual reality and specifically in the exclusive and new VR viewers, can really represent a turning point in communication, in marketing and in training the staff of a Company.

VR Oculus Quest headset are expected to be the last frontier in the VR hardware field and aim to enter a highly profiled and specific market segment, such as that of Business.

According to an official statement by Mark Zuckerberg of Facebook, at the F8 Conference 2019, the new Oculus Quest headset will be officially brought to the market this month (May 2019).

The first reviews on this technology have been very excited, numerous and enthusiastic around this novelty since that moment. Many companies (including us at Visualpro 360) have already made a pre-order for Quest viewers. Therefore, is it worth investing $399 to purchase Quest headset? Will it really be advantageous to evolve immediately towards a more performing, improved and designed Technology on the needs of a Public Business?

In our opinion, and according to the numerous companies operating in Virtual Reality, the answer is yes.

How is Oculus Quest different from other VR headsets?

As described by the developers of the technology, as well as by those who reviewed the features of Oculus Quest, after an exclusive test, the new headset seems to have implemented all those features and potentialities which until now were still lacking in some respects.

The main difference, compared to previous-generation headsets, is that Oculus Quest is, to date, the most powerful Stand Alone Mobile headset; this represents a turning point for companies which need a tool for the use of VR content, personalised and dedicated to staff training, institutional communication, marketing, engineering processes and internal technical assistance.

The four degrees of freedom concern the direction of movement which you can follow, recognised and transmitted correctly in the headset. With Oculus Quest, four cameras located inside the headset enable positional tracking for an immersive experience which is unmatched in terms of realism and perception of space. Oculus Go offers standard 360-degree images and video. Until today, for example, the use of a 360 video dedicated to a sales presentation, saw the spectator sitting on a chair and offered, as a maximum possibility of movement, that of rotating their head in the 4 main directions. A viewer therefore which, albeit immersive, is somewhat limiting in terms of interaction, involvement and mobility in the surrounding space.

Definitely exciting for a new audience, but it must be taken into account that software applications and VR content, personalised or not, are also evolving at an intense pace.

More and more software houses offer more complex contents and apps, where orientation in the scene is a fundamental aspect. Let’s talk about scenarios in which the user can walk around objects and see them from multiple angles.

It’s here that the Oculus Quest 6 DoF becomes necessary, able to more accurately represent the true movement and allow greater scene activity. Imagine being able to walk around a virtual machine; thanks to its sensors, Quest will be able to transmit your position in the virtual scene in an extremely precise way.

According to the reviews of the most authoritative sources, it is the most powerful and precise internal tracking system, existing today, for a mobile application.

An experience, therefore, which is certainly worth living.

Some people prefer navigation through gaze movement, while others opt for the single-touch use offered by Oculus Go and Samsung Gear VR controllers. But for users who want maximum interactivity – those who are seriously interested in virtual reality for complex applications – it is essential to have a powerful manual controller.

For this, Oculus Quest has designed a dual Touch controller which guarantees total precision and freedom of movement.

Two virtual hands can do much more than a single-click controller. Imagine being able to move a chair, simulating movement with the two Touch controllers. The possibility offered by such a degree of movement with a hand-held controller is what allows a level of interactivity and, consequently, a realistic, engaging and unique VR experience.

An example where the use of dual controllers is essential?

Take the case of an application dedicated to training a surgeon. The use of the double controller and therefore of two hands, allows certain operations and movements of the subject to be simulated with greater realism, therefore guaranteeing an immersive experience as well as a more realistic and engaging one, even more high-performing and functional, compared to the objectives for which it has been prepared.

Oculus Quest has two OLED displays which provide a resolution of 1,440 x 1,600 for each lens. This is a turning point for a mobile viewer, if we consider the fact that Oculus Rift guarantees a maximum resolution of 1,080 x 1,200.

The field of view offered by Oculus Quest remains roughly the same as in Oculus Go (~ 100 degrees).

The first reviews state that visual quality is the same as or even better than Oculus Rift. This is rather surprising for a mobile viewer which is not linked to a computer and therefore to a high-power graphics card.

This is made possible by Oculus Quest’s use of a Qualcomm Snapdragon processor. 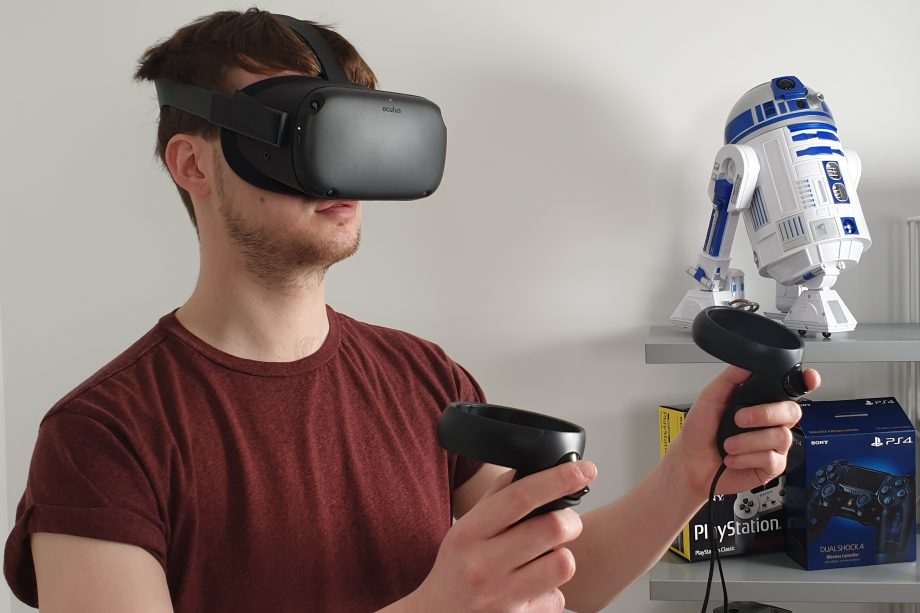 In conclusion, we at Visualpro 360 can affirm, as the numerous companies operating in VR have already supported in articles and reviews, that the new VR Oculus Quest viewers represent a real turning point in the world of Hardware components for Virtual Reality dedicated to Business and to all those users with specific, particular needs.

A superior-level tool, designed to fulfil, through Virtual and Augmented Reality, the most classic but also complex and specific corporate communication, marketing and training needs.

At Visualpro 360, as a company operating in the field of Virtual Reality and VR Hardware Rental with Noleggiovr.it, we believe in the power of communication linked to Technology, to offer any type of message to convey.

For us it is company policy to guarantee our customers the latest technologies available on the market, always ensuring their maximum efficiency in terms of performance and return on investment.

We have been working for years, mainly with companies, and we always aim to offer solutions in which we truly believe.

We at Visualpro 360 have already invested in the purchase of the new VR Oculus Quest headset and have started specific technical training of our staff for their use, as well as for the development of Software applications for the device dedicated to the Business world.

Would you like to bring virtual reality into your business processes, training or take advantage of the enormous involving power for marketing and communication?

Are you interested in renting the New VR Oculus Quest headset for a Company Event?

Write to us, explaining your project to us!

This website uses cookies to improve your experience while you navigate through the website. Out of these, the cookies that are categorized as necessary are stored on your browser as they are essential for the working of basic functionalities of the website. We also use third-party cookies that help us analyze and understand how you use this website. These cookies will be stored in your browser only with your consent. You also have the option to opt-out of these cookies. But opting out of some of these cookies may affect your browsing experience.
Necessary Always Enabled

Any cookies that may not be particularly necessary for the website to function and is used specifically to collect user personal data via analytics, ads, other embedded contents are termed as non-necessary cookies. It is mandatory to procure user consent prior to running these cookies on your website.